PvP and Raid battles are considered as regular battles in Pokemon Go, but the battle against Team Rocket leaders is the most challenging task for most of the players. There are three main leaders of the Team Rocket organization that are Leader Arlo, Sierra, and Cliff. Leader Cliff is an extremely challenging opponent. His Pokemon lineups to defeat the trainers are quite strong. You can easily guess how challenging he can be by looking at his Pokemon Lineup with Shadow form.Similar to the other leaders, Cliff also has three different lineups for the battle. If any trainer underestimates Cliff’s potential, they may face the consequences. In his three lineups, he can choose eight different Pokemon. Before starting the battle against Cliff, it is necessary to be aware of his lineup. He has the potential to wipe out his opponent with a couple of moves. So here is the guide to counter every Pokemon of Cliff.How to Counter and Defeat Leader CliffAs mentioned above, Cliff has three lineups that include eight different Pokemon, and none of them are weaklings. For the first round, his Pokemon are either Grimmer or Pinsir. He can use ...
... Machamp, Electivire, or Omastar for the second round, and Tyranitar, Torterra, or Swampert for the third round. All these Pokemon will be in Shadow form, so their damage potential will be higher than normal Pokemon. You have to use the right counter Pokemon to win the battle. So here the guide to winning the battle.First Round CountersYou can find Cliff on the Rocket Balloon or Pokestop. Wherever you battle, his lineup will remain the same.If he chooses Pinsir as his first Pokemon, you have to use Fire-type moves. Pinsir is a Bug-type, and it’s weak against Rock, Flying, and Fire-type moves. Using Fire-type moves like Overheat, Fire Spin, or Fire Blast will help you a lot.
Grimer could be your first opponent in the battle. It’s a Poison-type Pokemon and weak against Ground and Psychic-type moves. Mewtwo could be your best Pokemon to clean Grimmer, but you don’t have Mewtwo, then you can try Groudon’s Earthquake or Mud Shot move. 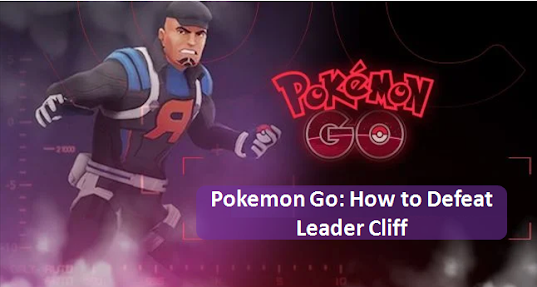 2. Best Gaming Accessories You Should Have In 2021
Author: Angel Smith

15. Here’s How You Can Get Rid Of Split Screen On Ipados15
Author: Angel Smith