Reasons Why Wearable Integration Is The Future Of Mobile Application Development 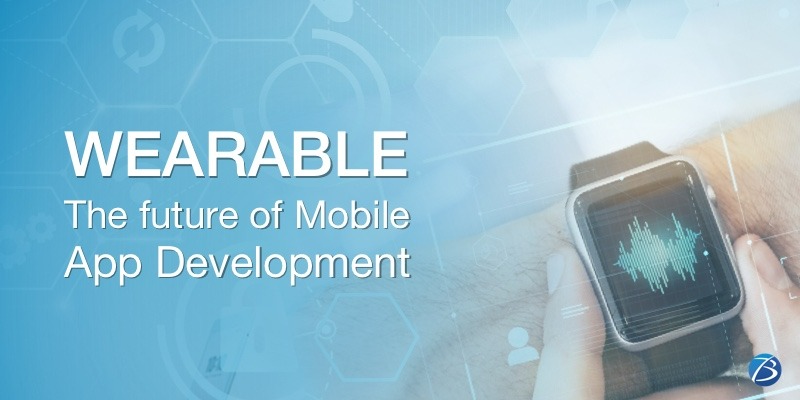 The Rise of Wearables in Mobile Application Development
All scales of companies are rushing to mobile app development companies to transform their business into a popular brand through Digital Transformation services. But that’s not the end. Companies are now interacting with their users through wearable devices. Here’s an interesting ...
... find that you would love to know: according to a report from the online marketplace, GlobeNewswire, the global market value of wearables is expected to rise at a CAGR (compound annual growth rate) of 17.2% between 2021-2025; and is predicted to reach 116.88 billion USD by the year 2025. That’s a terrific growth indeed!

The first thing that comes to our mind when someone says a wearable device is an Apple Watch. That’s correct. But do we have any device other than a smartwatch? Yes! For those of you who do not know, there’s Hololens from Microsoft that allows you to interact with virtual content and holograms. Exciting, isn’t it? Well, this is just the beginning.

The scope of wearable devices will definitely surge. Don’t be surprised especially when you see people with smart devices such as watches, clothes, shoes, spectacles, headgears, etc. You will be amazed to know that these gadgets will communicate with mobile apps to pass information seamlessly.

This revolution in mobile technology will change the dynamics of mobile application development services. Rather, not forget that IoT (Internet of Things) will empower these devices to act as remote controls to other devices and gadgets. Why are people embracing wearable apps/devices? The most important reason is that it’s helping people to tackle routine challenges related to various areas of fitness, education, media, healthcare, etc.

Ergonomic: The interface developed for the devices should have & ’just right’ information to be displayed to the user. Probably, this also includes the way these wearable devices would receive notifications - very concise.

Change in Screen Size: Screen Size changes mean a more user-friendly interface. That seems like a key area, mobile app developers should watch out for.

More Responsive: To make it more interactive to commands, the mobile application development company will work towards making apps more responsive. Users wouldn’t want to use slow apps because in that case, they would rather prefer to use traditional smartphones, isn’t it? Well, this also means apps will be developed with better computing ability.

Doesn’t require much power: As a user, you would always want a device that works the longest period without having to recharge, isn’t it? So, mobile applications have to be built keeping this fact very much in mind.

Highly Interactive: Wearable applications that respond to a voice command or hand gestures would become game-changers especially in the mobile app development arena. Hence, the above-mentioned points are a few of the areas where a major chunk of change will happen in mobile application development. Furthermore, there is no denying that there will be other relevant areas too. Technologies such as artificial intelligence, cloud technology, augmented reality, and IoT (Internet of Things) will have a major role to play and as a result, they will change the mobile app development landscape altogether.

To know more about our core technologies, refer to links below:

12. 5g Wireless Connection And Its Impact In The Society
Author: Dave

15. Tips Behind Getting The Best Iphone Repairs
Author: Charlie Wollstonecraft