Why Is Angular Js The Most Preferred Choice For Responsive Web Application Development? 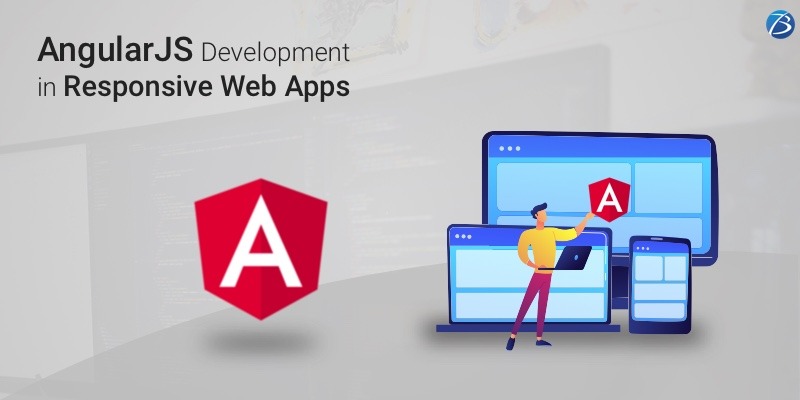 In today’s digital era, websites turn out to be powerful means for promoting a business. A business without an online portal is like a bird without wings! Business organizations using web apps to sell their services or products; succeed in creating a profound impact on consumers. Nevertheless, a web app must also be responsive. The responsiveness of a website depends on the following aspects:

• The speed of transition between pages

• The app’s capability to adjust and adapt to the screen sizes of diverse electronic devices.

Choosing an effectual app development framework; plays a key role in building a responsive website, capable of capturing the market. Most technical experts of the software sector will vouch for Angular JS to be one of the best choices for responsive web application development. ...
... AngularJS was launched by Google in 2009 as an open-source framework based on JavaScript, HTML, and CSS; for developing exemplary web applications. Ever since then, this remarkable framework has survived all odds and retained its goodwill even to this date.

Angular JS App Development is credited to have architected responsive enterprise apps for many significant brands like Netflix, PayPal, Lego, Weather, etc., and helped them to earn fame and recognition. This blog discusses the reasons why Angular JS web application development services is recommended by experts for building responsive applications. 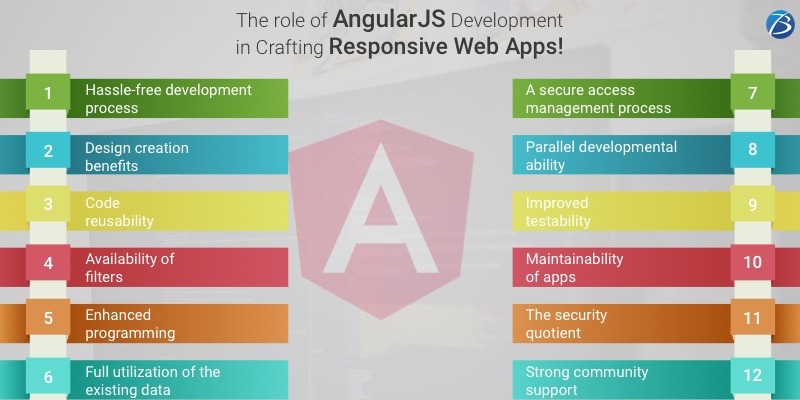 Crafting web applications with AngularJS turns out to be a hassle-free process because:

• Angular development depends on HTML alongside JavaScript and so, interactive web designs can be easily created. Therefore, more tasks are executed with lesser coding, saving time, and effort of developers.

• Doing development in AngularJS is effortless if the Mobile App developers have prior coding experience of using other JavaScript frameworks such as JQuery, Backbone.js, etc

• It accompanies ng-class and ng-mode which are a part of the usual tasks in JQuery.

• Angular app developers have to just write a few lines of code for executing the tasks of two-way data binding and saving.

AngularJS developers can use the option of Markup to identify elements in a document without the need for breaking the whole app. Specific parts of the code are re-organized to serve this purpose.

The feature of code reusability is one of the upsides of AngularJS. It helps to architect responsive, complex, enterprise-level web apps; reduces the time-to-market, and eases out the implementation procedure.

The AngularJS environment offers various filters for uppercase, lowercase, numbers, order by, date, currency, etc. that help developers to transform the data that is stored in the Angular JS responsive design. For creating their own filter, developers need to register a new filter factory.

Full utilization of the existing data

Unlike many other frameworks, AngularJS does not pose any restrictions regarding the management of underlying data. The users of Angular JS apps can access the underlying database as these apps are implemented using RESTful APIs. In case one is using internal APIs, the existing front-end code can be replaced by employing an Angular app and hence the server-side security can be re-used effortlessly. Apps built using web app frameworks like Django, Rails, etc. can also be easily replaced by Angular apps using directive-based implementation to improve the website’s performance.

Whenever businesses plan to upgrade an application for leveraging the benefits of Angular they are doubtful whether Angular would be able to utilize the existing security strategies meant for maintaining the level-of-access restrictions that have been mandated by departmental regulations. Thankfully, due to the flexibility of the Angular eco-system, a plethora of options are available that enable developers to merge the existent domain systems into the app-login and its security flow. However, AngularJS being a front-end inclusion, one needs supplemental libraries like Idapjs to reap the benefits of the aforesaid functionality. An interaction between AngularJS and these supplemental libraries enables implementing single sign-on. These libraries are utilized by integrating some code and conducting a security audit for detecting the presence of any vulnerability.

The success of any responsive web app development project depends on the collaboration amongst the team members. The Angular environment simplifies collaboration between developers. The Dependency Injection eases out the process of script-sharing, and integration with the previously-created modules using Angular. Furthermore, the myriad libraries available, enable the imbibing of new features into projects.

A web app might require alterations in any stage of the developmental process, with a need to conduct testing for boosting performance and addressing issues. AngularJS development proves highly advantageous in such situations as it enhances the testability of web apps. Given below are the reasons for the same.

• Its Dependency Injection finds out the areas that require testing.

• The in-built Angular modules enable exhaustive testing for every module that is created.

• Support for real-time testing is available.

Several maintenance issues like fixing bugs, adding new features, etc. crop up post-deployment. Fortunately, Angular web applications are quite maintainable. This is because AngularJS uses the model as the source, resulting in the creation of an object-oriented client-side design. The object-oriented design principles help to make the code more maintainable.

Web apps being susceptible to cyber-attacks, it becomes quite challenging for enterprises to ensure their security. Angular JS development minimizes security threats to a considerable extent due to the reasons given below:

• Usage of the HTTP interface in the form of a REST API or a web service for communicating with the server ensures safety.

• The flexibility of the Angular environment permits the user to integrate Angular apps with third-party security systems.

The presence of a Dynamic Community

Being Google’s brainchild, the Angular JS framework enjoys the support of a Google-backed dynamic community comprising of experienced and highly proficient Angular developers. The community has been tasked to solve the queries of Angular app developers. It also arranges for conferences wherein software firms from all corners of the globe are welcomed to provide information regarding the novel innovations and progressions on Angular JS.

Thus, the Angular JS framework decked up with efficient functionalities and productive methodologies prove to be an apt choice for crafting interactive, bug-free, and responsive web applications. Entrepreneurs hiring an Angular app development Company to build their website are sure to fly high and touch new horizons of success.

Check out some more attributes on AngularJS web app development in this blog.

15. What Is Chromecast And How Does It Work
Author: Elisa Wilson