Nowadays, big game hunting opportunity, despite limited elk seasons, has gathered momentum on the wish list of American and other hunters. Here’s a quick elk hunting guide to help you lead from the front.

The elk is considered to be among the largest species in the deer family, Cervidae. Also referred as wapiti –attributed to the Shawnee and Cree term wapiti that means ‘white rump’, it ranks high on the list of largest terrestrial mammals in the northern precincts of America. 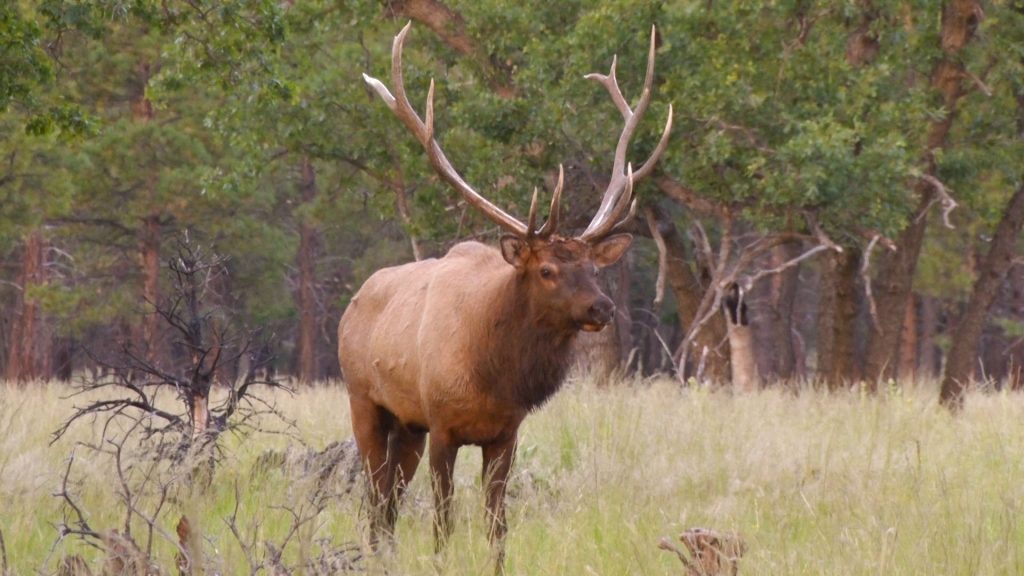 Elks can be found in different habitats ranging from the Alpine terrains of the Rocky Mountains to the coastal rainforests and the grasslands of east and central U.S.
If you are planning your next big gaming trip with elks, then note the season. This big game species of deer moves to the upper mountainous regions during spring and come downwards to retreat from heavy snows during fall. Expert elk hunters are aware of their diet and preference for specific native bunch grasses.

Elks are known to breed across two months – from mid-August to mid-October. It’s in the late weeks of May and early June that calves weighing about 35 pounds are dropped by their mothers in ones and twos.

The coat of elks is light tan in winter, spring and fall; it attains a beautiful copper brown shade in summer. The light beige rump patch is quite prominent. If you look at their legs and mane, you’ll find that they are darker than the rest of the body. The antlers on male elks (over 4 feet long, 6 with tip-to-tip width of over 3 feet) are shed off during late winters and come back during spring. The female elks or cows weigh between 300 and 600 lbs. on an average.

According to pro big gaming hunters, elk meat is the best in existence. Often considered superior to beef, it can be used for different red meat applications.

Hunting Elks Across the Year

1. Winters: You are likely to find elks on the South facing slopes with lower elevation in habitats rich in Pinyon pine, juniper and sagebrush. Woody browse comprising of sagebrush, mountain mahogany, aspen bark, etc. provide the elks with nourishment at this time of the year.

2. Migration during spring: With the onset of spring, elks start traversing in the direction of receding snows into higher country while surviving on new vegetation.

3. Summer: The calving or summer range witness elks in high country terrains with protein rich grasses; this enables them to put fat on old bulls and the young ones alike. The cool temperatures and lesser biting insects at this altitude and temperature are favorable for the breeding season.

All elk hunts require fair chase in the wild. For success, you must have accurate shooting skills or knowledge of archery. Check out this post to know about

FarWide is a search engine for hunters, anglers and outdoor enthusiasts. Available for FREE at www.farwide.com & on the Apple App Store.

3. Best Tips On How To Clean Mold From Inflatable Hot Tub
Author: My name is Rhea david

5. Best Inflatable Kayak Under $500
Author: My name is Rhea david

6. Where To Buy Beach Balls: A Brief Guide To Choosing The Best One!
Author: My name is Rhea david

13. The Main Reasons You Should Have An Ebike
Author: Driven Bikes