Netflix is one of the biggest streaming platforms across the globe. It offers an extensive catalog of movies, web series, and exciting documentaries.In this article, we will mention some incredible Netflix’s documentaries that will keep you glued to the screen:Abducted in Plain SightAbducted in Plain Sight is a spine-chilling story of a manipulative neighbor who managed to kidnap a teenage girl named “Jan Broberg Felt” twice with his manipulative skills. It is one of the best true-crime documentaries which will give you nightmares. The story was first published by Jan and her mother in a memoir named Stolen Innocence: The Jan Broberg Story.BabiesBabies is a perfect documentary for people who love babies or just had a baby. The documentary shows the vivid details about the baby’s ...
... growth and how they develop in the womb. The documentary involves the testimonials of 15 families with their babies and a group of experts on the subject.Crip CampCrip Camp is a documentary depicting a revolution known as “Camp Jened” for disabled teenagers in the 1970s to empower and transform their lives. The story is narrated by a former camper with some archive videos and photos.The PharmacistThe Pharmacist is the story of a father who lost his son in a drug-related shooting in 1999 in New Orleans. Schneider begins a vigorous campaign against Big Pharma companies when he notices that a lot of youngsters and seemingly healthy people start visiting his pharmacy with prescriptions for OxyContin, a narcotic drug that is used as a painkiller.The Last DanceThe Last Dance is a must-watch documentary for basketball lovers. The documentary depicts the story of Chicago’s best basketball team named “The Chicago Bulls.” The documentary features some unseen material from the golden age of the Bulls and interviews with some highly influential figures like Michael Jordan, Barack Obama, and Steve Kerr. 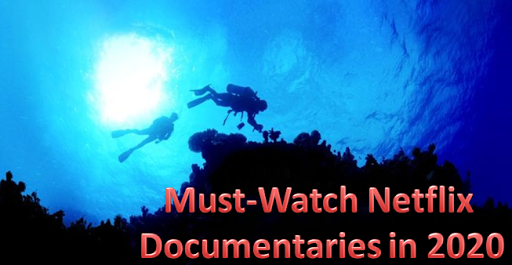 Flint TownFlint Town documentary depicts the disturbing events in Flint Town, including violence and chaos. It shows the town’s people struggle like unemployment, robberies, and water shortages due to contamination. The makers of the documentary embed with the FPD officers who are facing infrastructure issues and putting their lives in danger to protect around 1,00,000 people with limited resources.IcarusIcarus is an award-winning documentary that depicts a thorough investigation of Russian doping and scandals. In this documentary, Bryan Fogel voluntarily takes performance-enhancing drugs to evaluate their impact on his body and athletic performance. The documentary also reveals that 99% of Russian athletes have taken these drugs to enhance their athletic performance.Jeffrey Epstein: Filthy RichJeffrey Epstein: Filthy Rich is one of the most recommended and most-watched documentary which depicts the imprisonment and suicide of a famous billionaire named Jeffrey Epstein. The documentary involves the details of the sex scandal, which is narrated by Epstein’s business partners and old friends.Jim & AndyJim & Andy is a must-watch documentary for the fans of the famous movie named “Man on the Moon.” In this documentary, Jim Carrey depicts how his role as Andy Kaufman in the film changed his life. The documentary includes footage from the making and some real incidents during the making of this film.Joshua: Teenager VS SuperpowerJoshua: Teenager VS Superpower is a story of a Chinese teen named Joshua Wong, who initiated a youth movement with more than 1,00,000 participants when China’s communist party breaks its promise of autonomy to Hong Kong.Trial by MediaTrial by Media depicts the influence of the media on criminal verdicts and shows the interesting facts about the justice system. The documentary involves some real-life cases where media coverage affected the judgment towards a guilty or innocent one.Miss AmericanaMiss Americana depicts the real-life struggles of today’s musical icon, Taylor Swift. In this documentary, she opens about her journey as a musician and her battle with Anorexia Nervosa.Unsolved MysteriesUnsolved Mysteries features some modern-day mysteries in a total of six episodes representing some real-life cases of paranormal activities, horrific murders, and suspenseful disappearances.ConclusionDocumentaries offer in-depth information on real-life events, which makes it more interesting than fictitious movies. The documentaries, as mentioned above on Netflix, will make you more informed about some real-life incidents.Cynthia Strickland is a innovative individual who has been writing blogs and articles about cybersecurity. She writes about the modern updates involving office.com/setup and how it can enhance the work journey of users. Her articles have been posted in many famous e-magazines, blogs, and websites.Source:https://aofficeus.com/must-watch-netflix-documentaries-in-2020/

15. Erection Problem? This One Medication Kamagra Gold Will Fix It
Author: thomas brown