How Marvel’s Avengers Was Inspired By Thor: Ragnarok

Marvel’s Avengers is going to be the best upcoming games of 2020. The American video game company, Crystal Dynamics is going to launch Marvel’s Avengers game on September 4, 2020. The story behind the game is – There is a day when Modok, who is the main villain against the Avengers, has taken control, and the Avengers have to reunite to defuse his plans of defeating superheroes.Marvel’s Avengers consists of multiple beta weekends, and that was inspired by Thor: Ragnarok to get the character of Thor right. Crystal Dynamics have released their second weekend of the Marvel’s Avengers beta. According to the reviews of the gamers, they liked the character of smashing Hulk and flying Iron Man, but for the character of Thor, they have mixed reviews. The developers of this game were inspired by Thor: Ragnarok because the character of Thor in this game wields the hammer and brings the thunder down to the Earth to electrify his enemies.One of the best features of the Marvel’s Avengers beta is being able to allow users to use Thor’s Odinforce, which will enable Thor to call the thunder and lightning down to the Earth, which ...
... is his god-like abilities. The developers of this game have taken the concept of Thor’s Odinforce from the film, Thor: Ragnarok. 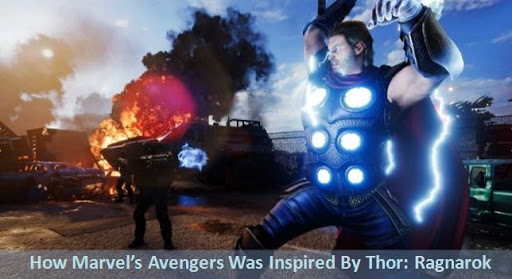 After finishing the second beta weekend of Marvel’s Avengers, the developers of this game revealed that they were inspired by a dialogue in the film, Thor: Ragnarok. According to the developers of this game, when Thor believed that he could not defeat his evil sister Hela then, Odin asked Thor, “Are you the God of Hammers?” which clearly meant that Thor is obviously the God of Thunder. After this Odinforce, Thor used his powers of thunder and defeated Hela.Thor: Ragnarok Gave Marvel’s Avengers Team Power IdeasIn the film, Thor: Ragnarok, Thor was trying to defeat his evil sister Hela but was not able to defeat her. At that point of time, Odin, the father of Thor and the King of Asgard, reminded him of his powers that he possesses even without the Mjolnir. In this game, Thor can electrify himself, which is useful in defending him from the attacks of his enemies, and he can also counter-attack on them. In this way, Thor has both the abilities to fight with the help of his hammer and with the supernatural powers without a hammer. These power ideas have been taken by the developers of this game at the Crystal Dynamics from the film, Thor: Ragnarok.The best part of this game is the use of the character Thor in both ways. You can either use the player Thor with the hammer and without hammer by using his supernatural powers as well. If the developers at Crystal Dynamics would have created the character, Thor, with only hammer tricks, then, it would have been a very common feature to this film. But the idea of creating Thor with thunder and lightning abilities has added more stars to Marvel’s Avengers. The fans of this game are very excited and have something different and unique in their squad, who is Thor with supernatural powers so that everyone can define Thor as the God of Thunder.Cynthia Strickland is a innovative individual who has been writing blogs and articles about cybersecurity. She writes about the modern updates involving office.com/setup and how it can enhance the work journey of users. Her articles have been posted in many famous e-magazines.Source:https://aofficeus.com/how-marvels-avengers-was-inspired-by-thor-ragnarok/

4. Why You Need An Email Ticketing System
Author: Maulik Shah

8. A Stepwise Guide To Create A Full Backup Of Your Windows Pc
Author: Albert Richmond

10. Increase The Efficiency Of Your Business With Zabbix Integration Services
Author: Lisa Brown

13. Antivirus For Android Things To Consider When It Comes To Secure Your Mobile
Author: K7 Computing