Source: Create Your Favourite Disneyland and Disney World Attractions in Dream VR!With the world in lockdown, people are missing going to their beloved attractions, be it theatres, sports events, or theme parks. The entertainment industry has been adversely affected by the coronavirus pandemic. Disneyland, which is one of the biggest theme parks in the world, have had to shut down their parks across the world due to the Quarantine and lockdown regulations.Disneyland theme parks in some of the less affected countries like Paris and Shanghai have opened their doors for the general public but with very strict rules. Walt Disney World Florida is also now inviting people compared to the original Disneyland park in Anaheim, California, which is still shut. This is very surprising to hear, considering that The United States is the worst affected country in the world right now. The closure has been very off-putting, not just for Disney but for the fans as well who visit these parks regularly. Considering the situation ...
... throughout the world, we can confidently say that it will be many months before Disney opens their theme parks. Since the fans cannot go to the parks, they have found other ways to experience the Disney magic at home. This pandemic has given people sitting home a lot of time to get creative with their methods of bringing their interests to life. Well, not to life exactly, but the closest they can get to it. One such Disney fan has started creating famous attractions from Disneyland and Disneyworld with the help of the video game creation software on PS4 called ‘Dreams.’ 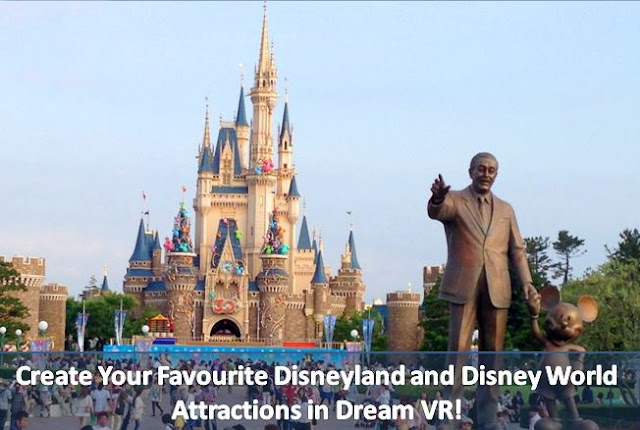 Dreams is a game creation software published by Sony, which allows the user to access games created by users all over the world. It’s like an ever-expanding game universe where anything is possible. The different modes allow the user to create, recommend, and play games as per their will. ‘Dream Shaping,’ a mode that allows users to design their games has been used by one such fan to create structures similar to the ones in Disneyland and Disney World.The dreams creator (goes by the name of TheArmyofDos) has been recreating detailed models of the structures present at Disneyland. The detailing has been done very carefully. The major selling point of the rides at Disneyland are their extensive detailing and theming. Right from the walk up to the ride and the ride itself. The creator has been very thorough with the architecture, but the appearance is still limited to the capabilities of the game. The component of virtual reality has made the experience extremely lifelike and indulging. They have even added the songs and safety instructions that play at the park during the ride.The virtual experience may not be the whole deal for someone who’s a die-hard Disney fan. But till the doors are shut, and we are locked in, Disney fans can get their hands on the games creation software called ‘Dreams.’ This will enable them to create or ride their favorite ride virtually.Cynthia Strickland is a Norton product specialist and has been working in the science enterprise due to the fact 2001. As a technical expert, Cynthia has written technical blogs, manuals, white papers, and critiques for many web sites such as norton.com/setup.