Animal Crossing: The Able Sisters Have A Miserable Backstory

source: https://awebrootus.com/animal-crossing-the-able-sisters-have-a-miserable-backstory/The game Animal Crossing has been around for nearly two decades now, and if you are one of the few people who have not tried their hand at it, you will not know about Able sisters. The two are regular characters in the game and are adorable. But they are programmed with a significant tragedy in their past, which many New Horizon players may not be aware of.
Anyway, Sable only disclosed information when the players had been playing the game for several days and managed to develop a relationship with her. Previous versions of the game like City Folk and New Leaf disclosed the story of the Able Sisters, but the current version, i.e., New Horizons, leaves that detail out.Their parents originally owned the clothing store that the sisters ran until they lost them in a fatal accident. When the parents passed, Sable, the eldest sibling, was made in-charge of the store. Label, the second sister, had a heated argument with her elder sister after their parents were no more, and the argument got so intense that Label decided to leave. She settled in the city and established a career in fashion designing. At the time of all these events, the youngest sister, Mabel, was too young to have any memory of either her parents or having a second sister. The Animal Crossing games only introduce to the players the two sisters. But the previous games had this story to explain why Sable gets sad and gloomy in January. 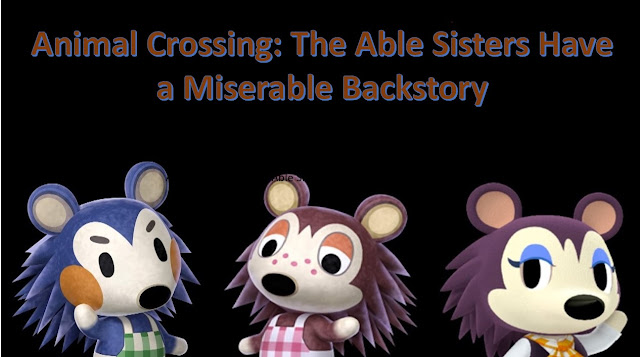 City Folk was the first time the character ‘Labelle” was introduced. She works as a clerk at GracieGrace with a workaholic attitude, and her boss is the giraffe Gracie. Labelle is Label herself, who decided to change her name when she came to the city. Later Sable let Mabel know that the GracieGrace worker was her elder sister. When the players developed a closer and intimate bond with Sable, she tended to open up and speak more about her past. She also often said that she was proud of how Mabel grew up into a happy soul.Labelle soon started writing to Mabel and wished that this act would bring the three sisters together. Players could see Mabel slowly become glum and silent. If the players pushed her, she tended to tell about the letters from her long-lost sister in the city. Several players would travel to the city after learning of these facts and speak to Mabelle, who would agree that none of what she did was justifiable, and she wanted to rectify her mistakes.

1. How To Use Create Button On Ps5 Dualsense Controller
Author: Jec

7. What Can We Craft With Tree Branches At Animal Crossing New Horizons
Author: Joey Chen

8. The World Of Free Poker Games You Can Play Online Today
Author: punitshirke

11. How To Use Apple Pay On Apple Watch
Author: Dollar

12. Tips To Capture Photographers In Delhi Amidst The Raising Cases Of Covid-19
Author: Zoop Go

15. Players How To Get Every Festivale Set Furniture Item On Animal Crossing
Author: Pangni