The whole of England must be dancing right now because why not? The ultimate international music star Lionel Richie is going to appear for a major concert in Nottingham, England in the 2021 summer. A huge number of 18,000 tickets will be put on sale from next week to see the hitmaker, Lionel Richie at Victoria Embankment. He has a career of five decades, which is tremendous and the man is still going up. Few other special guests will join Lionel on the banks of the River Trent on Friday, June 11. However, the names of the guests have not been disclosed yet.

Everyone knows that the green space of Victoria Embankment is the home of England’s annual Riverside Festival. You all will be surprised to know that it is the first time a music concert on this big scale is going to happen there since Bryan Adams headlined City In The Park in 2001. The festival also featured James and Gabrielle on the bill, but was moved from ...
... Wollaton Park which was shut down at that time due to the foot-and-mouth crisis. The story of coincidence is that the festival was also organized by the DHP Family, who are also the organizers of Lionel Richie concert. The DHP family even described the event as the biggest headline show in Nottingham in decades.

Lionel Richie gained much love by a series of hits with his 70s group The Commodores such as Three Times A Lady and Still. Not just this, Richie has even celebrated worldwide fame as a solo artist, who has sold more than 100 million albums, won an Oscar, a Golden Globe and four Grammy Awards. This is not ordinary, people!

Of course, the fans can expect this 71-year-old stunning man to perform many of his classic songs which include Endless Love, Lady, Truly, All Night Long, Easy, Stuck on You, Hello, Say You, Say Me and Dancing on the Ceiling. 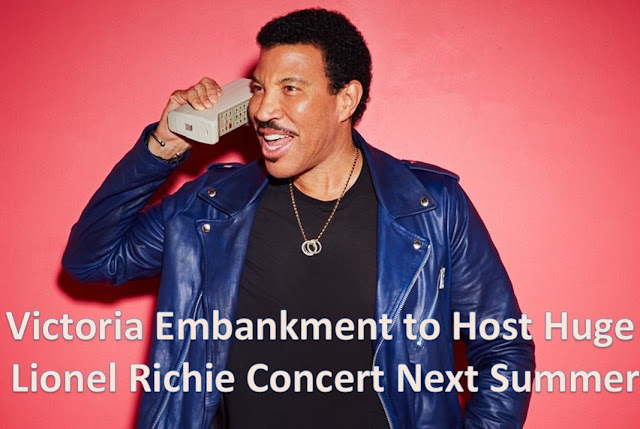 Concert promoter of DHP family, Scott O’Neill shared how thrilled he is to be able to bring the international megastar Lionel Richie to Nottingham next year. Victoria Embankment is a stunning place and is known and loved for its gorgeous scenery and incredible location. This is what makes it the flawless backdrop for the biggest headline concert Nottingham has witnessed in decades. Back in 2001 Bryan Adams, The Wonder Stuff, and Less Than Jake played a bank holiday weekender here and since then, it has been 20 years since the venue was not used up to its full capacity.

With all the coronavirus situation going on, it’s good to have such a huge gig like this to look forward to for next summer. The concert is going to be a part of his Hello Tour 2021 and we will also see him at the Isle Of Wight Festival. The last time Richie played in Nottingham was in 2015 at the Motorpoint Arena which was a sold-out show.

This show’s tickets are priced at £67.50 and will be put to sale on Friday, July 10. A pre-sale is also organized for those with an NG postcode from next Friday, July 3 at 10 am. Alongside, VIP tickets will also be on sale priced at £150 and will include a Gold Circle viewing area in front of the stage, a Fast Track Entry, and Access to an exclusive private VIP and bar area with toilets.

The Lionel Richie mega concert is going to be a part of the DHP family’s Splendour Festival which will also be organized next summer at Wollaton Park on Saturday, July 24. We are sure you guys cannot wait for more to give Lionel a big Notts welcome!

1. How Beneficial Is The Cheap Phone In Kenya For Folks?
Author: Mobitronics

4. An Effective & Innovative Solution To All The Waterproofing Problems
Author: Satiate Solutions

6. What Are The Top Digital Marketing Trends Of 2022
Author: Nikita Mokal

9. An Odorless, Colorless, And Light Yellow Powder Or Solid, Aluminum Chlorohydrate Is In The Form Of A Crystalline Solid
Author: Poojacmi

10. Hand Towel Dispenser – Why You Need The Dispenser For The Facility
Author: Forever gleam

11. “the Boy Who Reached Mauritius!” – A Success Story From Cfti
Author: Centre For Transforming India

13. Why You Should Consider Having Laguardia Car Service
Author: Abraham Mingo Bellony