History and Background of the Cavalier King Charles Spaniel Breed
The Cavalier King Charles Spaniel is a small spaniel breed often termed as a toy dog by the Kennel Club and the American Kennel Club, originating from the United Kingdom. It is widely used as a pet dog in the United States and the United Kingdom nowadays. The breed has four distinct combinations of colours 1) Chestnut and white 2) Black/White/Tan 3) Black and Tan and last but not the least Ruby. The breed shared its history with the Charles Spaniel until the end of 1920 before it was interbred with the flat-nosed breed to re-create its original significance in the breed. 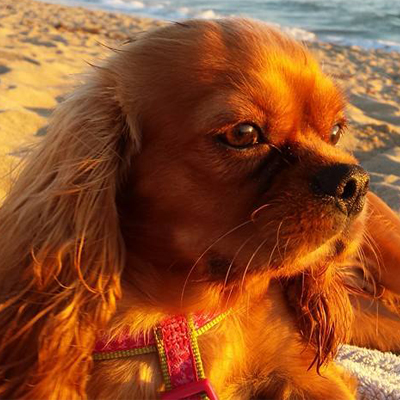 The Cavalier King Charles Spaniel and the English toy spaniel are often confused due to their identical looks. In the United Kingdom, the breed is termed as the King Charles spaniel and in the United States, one of the colours of the Toy Spaniel is known as King Charles. The two breeds share a similar history and diverged only about 100 years ago. There are several major differences, mainly due to their size.

The Cavalier King Charles Spaniel has descended from the spaniel roots. Toy dogs were produced by cross-breeding the small spaniels with the oriental toy breeds mainly with the Tibetan spaniel. These lap dogs were used as lap warmers and they were used to drive away fleas from their owner’s body. In the 18th century, this breed became very popular and thus King Charles II was so much captivated with its cuteness and charm that he was even alleged not to even pay proper attention to his state. The dog was later than known as the King Charles spaniel after association with the King.

After the death of the King, the Duke of Marlborough promoted the breed and made it popular. The

Blenheim or the red white spaniel pet that he had was even recognized immediately and the state was even named after his colour. For generations, the wealthy people sheltered the King Charles spaniel but gradually the shorter nose ones became a popular choice for its charm and cuteness.

In the 20th century, some dogs that looked like the early specimens were regarded as the inferior ones. However the wealthy American, Roswell visited England and offered huge amounts for the old

Roswell Eldridge offered a dog class prize of twenty-five pounds of sterling each as a prize for the male and female counterparts of  " Blenheim Spaniels" as shown in pictures of Charles II of England's pictures with a long face, no stop, flat skull with a spot in the centre of the skull. The breeders were fascinated but Eldridge couldn't see his plan succeed due to his untimely death but other breeders listened to his thoughts and believed it, thereby forming the Cavalier Club.


The shorter nose breeds were immensely popular within the ranks but were not properly accepted in the United States until he American Kennel Club recognized it in the year 1996, thereby making it one the friendly dog breeds to a pet in.


According to the statistics released by the Kennel Club, Cavaliers were the sixth popular dog breed in the United Kingdom in 2007 with more than 10000 registrations in a year. So, I guess you should think of petting a Cavalier as well.

I am Abina and was born in Germany in 1988, and grew up in Berlin and moved to the suburbs of California. After graduating from the University of California, Berkely in 2005, I moved to New York City. During this time, I started "cavalier king charles spaniel" Blog as a hobby.

1. Covid-19 - Get Tips To Keep Your Seniors Engaged At Home
Author: Maria

5. When Did A Mattress Run Out?
Author: pillow

8. Most Romantic Floweres For Your Partner
Author: Bhavesh

10. Grow Your Relationship & Remove Confusions With The Help Of Relationship Expert Scottsdale
Author: Your psychic Angel

11. How To Prevent Snoring With These Easy Remedies
Author: Garima sharma

13. How To Handle Criticism During Caregiving
Author: Maria